Is It Possible to Decrease Testosterone Levels Naturally? A Scientific Answer 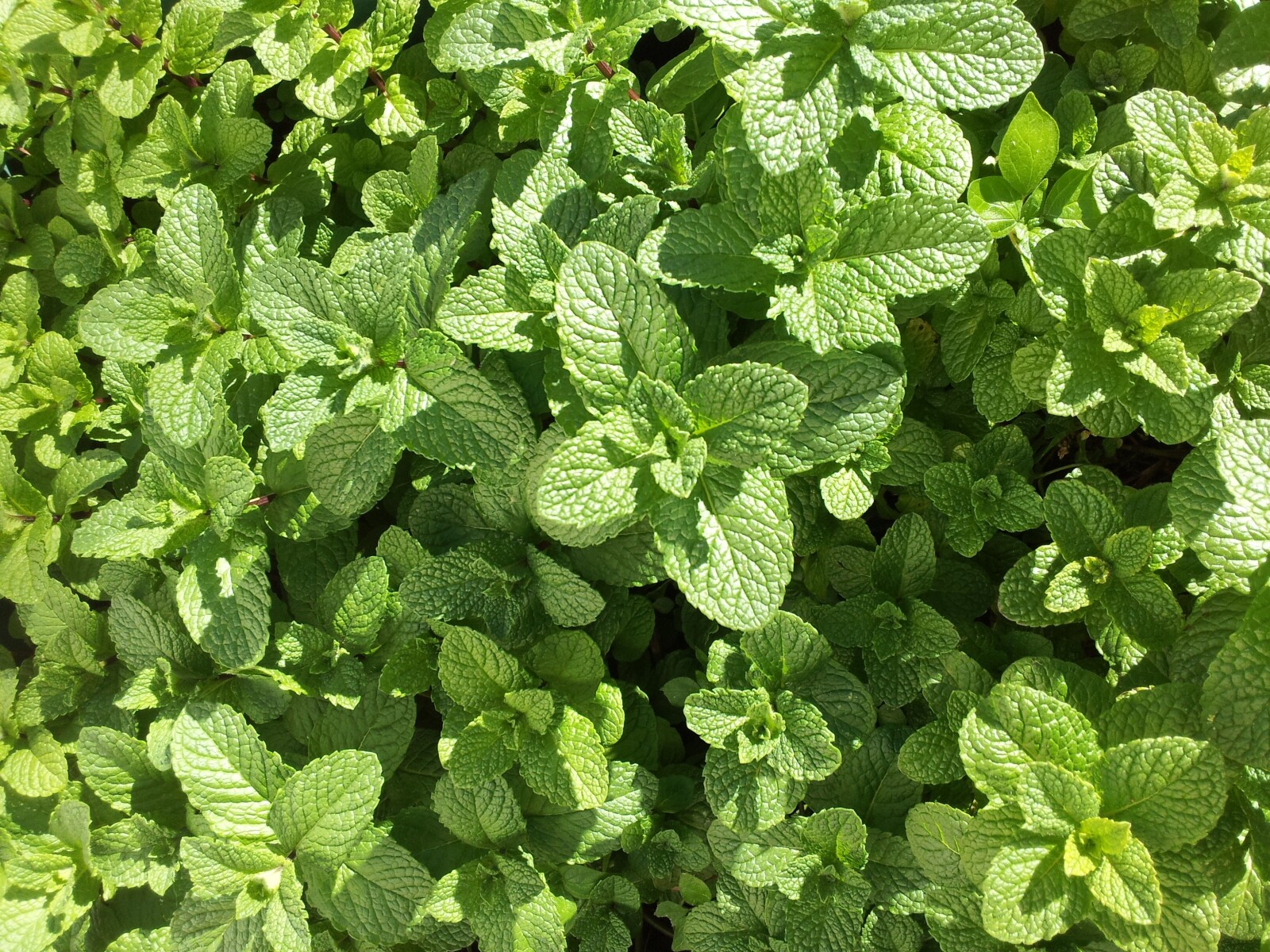 Balanced testosterone levels are vital for your well-being. Know the symptoms of low or high levels. There’s plenty you can do to return to normal.

Testosterone is a hormone produced by the gonads (testicles and ovaries) and is most commonly known for its role in puberty and the development of secondary sex characteristics. In adults assigned male at birth, it is also responsible for the production of sperm, signaling the body to make new red blood cells, enhancing the libido, and an overall sense of well-being. In those adults assigned female at birth, the majority of testosterone produced by the ovaries is converted into estradiol, the female sex hormone. Testosterone levels are normally much higher in persons with penises than those with vaginas, but its presence is critical to both populations. Balanced testosterone levels are required for overall health, regardless of gender.

Foods that lower your testosterone naturally

Soy foods like tofu, edamame, miso, and soy milk contain phytoestrogenic properties, which may mimic estrogen in the body by altering hormone levels thereby reducing testosterone. This hypothesis remains inconclusive as the studies to date have conflicting results. More research is needed.

Licorice root is a popular holistic remedy that has been used for a long time to treat digestive issues, menopausal symptoms, and a cough. This study concluded that licorice root reduced testosterone levels of persons with vaginas, while another study came to the same conclusion in a population of persons with penises. Both studies agree that licorice can lower testosterone levels by blocking certain enzymes called 17-hydroxysteroid dehydrogenase and lyases. It is important to note that licorice contains glycyrrhetinic acid which can cause levels of potassium to lower, water retention, and increases in blood pressure when taken or consumed in large quantities over a long period of time. Just a friendly reminder to those with a sweet tooth: Licorice candy is not the same thing as licorice root.

Mint tea, especially peppermint and spearmint, has been shown to have some direct effect on lowering testosterone levels in women and those with vaginas. It is also hypothesized that peppermint essential oil may have a lowering effect on testosterone levels. Research to date has been limited to those with vaginas and animals. More quality studies are needed to assess mint’s effectiveness on all people.

Dandelion root tea has been used in traditional Chinese medicine and alternative healing practices as far back as records go. It is a strong diuretic that soothes digestive ailments and has been studied for its antioxidant and immune boosting properties. While some contend it has testosterone lowering properties, research is scarce. More clinical research on its impact or benefits to the human body is necessary.

Cinnamon contains a natural chemical, cinnamaldehyde, which some believe increases progesterone and decreases testosterone production in those with vaginas. More clinical research on the ancient spice’s impact on testosterone is definitely needed.

Vegetable oils are high in polyunsaturated fat, which has been linked with a decrease in testosterone in some studies. Research is quite limited, however, so it might be best to use it for cooking until there is enough serious clinical research to indicate otherwise.

Flaxseed contains lignans and fiber that can bind to and force the body to eliminate excess hormones. It is also packed with omega-3 fatty acids that have been shown to reduce testosterone levels. When combined with reducing overall fat intake in one small study, flaxseed was shown to also reduce testosterone levels significantly. More clinical research is needed to substantiate these claims.

There is some evidence to suggest that eating trans fats may lower testosterone levels in the body. Some even suggest that processed foods are a good source of this trans fat. Given that trans fats are unhealthy and have been proven to increase the risk of heart disease and diabetes, it would probably be best to consult a physician on a decision that involves including processed food, sodium, calories, and white sugar to your diet.

Nuts, especially walnuts and almonds, increases sex hormones binding globulin, which can bind to testosterone and lower free testosterones in females with vaginas who have hormonal imbalances. They are also high in polyunsaturated fatty acids, which can cause oxidative stress to storage tissues that could ultimately lead to lower testosterone levels. More research and clinical data is needed, but walnuts and almonds make healthy snacks either way.

Pregnant female cows are the primary source of milk that’s sold commercially. Their milk tends to have estrogenic and progesteronic properties that could adversely affect testosterone by suppressing the hormones needed to synthesize testosterone. A study suggested that since the bulk of animal feed is soybean meal, estrogen levels in cow’s milk are even higher. Before you turn your back on that cheese plate, remember that more comprehensive scientific studies are needed.

Drinking alcohol can lower your testosterone level, but it can also lead to long-term side effects like low libido and poor testicular function in those with penises, and low libido, and brittle bones in those with vaginas, as well as infertility and nutrient depletions in both. Moderate drinkers do not typically have these severe long-term side effects. Moderate drinking is generally considered to be one to two drinks per day.

Though a deficiency of vitamin D has been shown to be associated with lower levels of testosterone, it’s not a good idea to strive for lower D to decrease your testosterone level. Vitamin D is critical for proper growth and functioning of your bones, muscles, and nervous system. Your body makes it after exposure to the sun and it is also available in supplement form. But check with your doctor if you have any concerns about vitamin D or testosterone levels.

Magnesium has been shown to increase testosterone levels in this study of athletes and sedentary subjects. More clinical research is needed to determine the breadth of this hypothesis.

Studies of the impact of turmeric have yielded a mixed bag of results. Some say the traditional Indian spice that has been used to treat a variety of health conditions in Ayurvedic medicine increases testosterone, while others say it decreases it. While it may depend on your hormonal status or gender, it may also depend on who you ask or which studies you refer to. Always check with your healthcare provider before attempting to adjust your testosterone levels with supplementation.

Other factors that can lower your testosterone levels

Exercise can support hormone rebalancing when done in moderation. Without proper recovery, however, it can contribute to hormone issues. One study suggests that acute increases in testosterone can be induced by resistance exercise sessions of high intensity and metabolic demand. Another study contends that although there can be a correlation between exercise and testosterone levels in men, more focused research is necessary. The general consensus remains that the impact of exercise on testosterone depends on the duration and type of exercise, as well as the intensity.

High stress levels are never a good thing. They can have serious repercussions on both your physical health and emotional well-being. While many contend that stress may cause your testosterone level to drop, this study found that it leads to a high level of salivary testosterone in men and a reduction of it in women. Despite the conflicting findings, there is no debate on the benefits of reducing your stress level.

Testosterone is the hormone known mostly for its critical role in puberty, sexual development, production of sperm, increased libido, and an overall feeling of wellness. While there is significantly more testosterone in men (those with penises) than there is in women (those with vaginas), it is critical for good health regardless of gender. When testosterone levels are high, there are plenty of things you can do to return your levels to their normal balanced state. It is important to consult your physician if you think your levels are off to determine what the best course of action would be.

Are Melatonin Supplements Bad For You? Your Questions Answered

The 9 Best Vitamins and Supplements for Testosterone Support