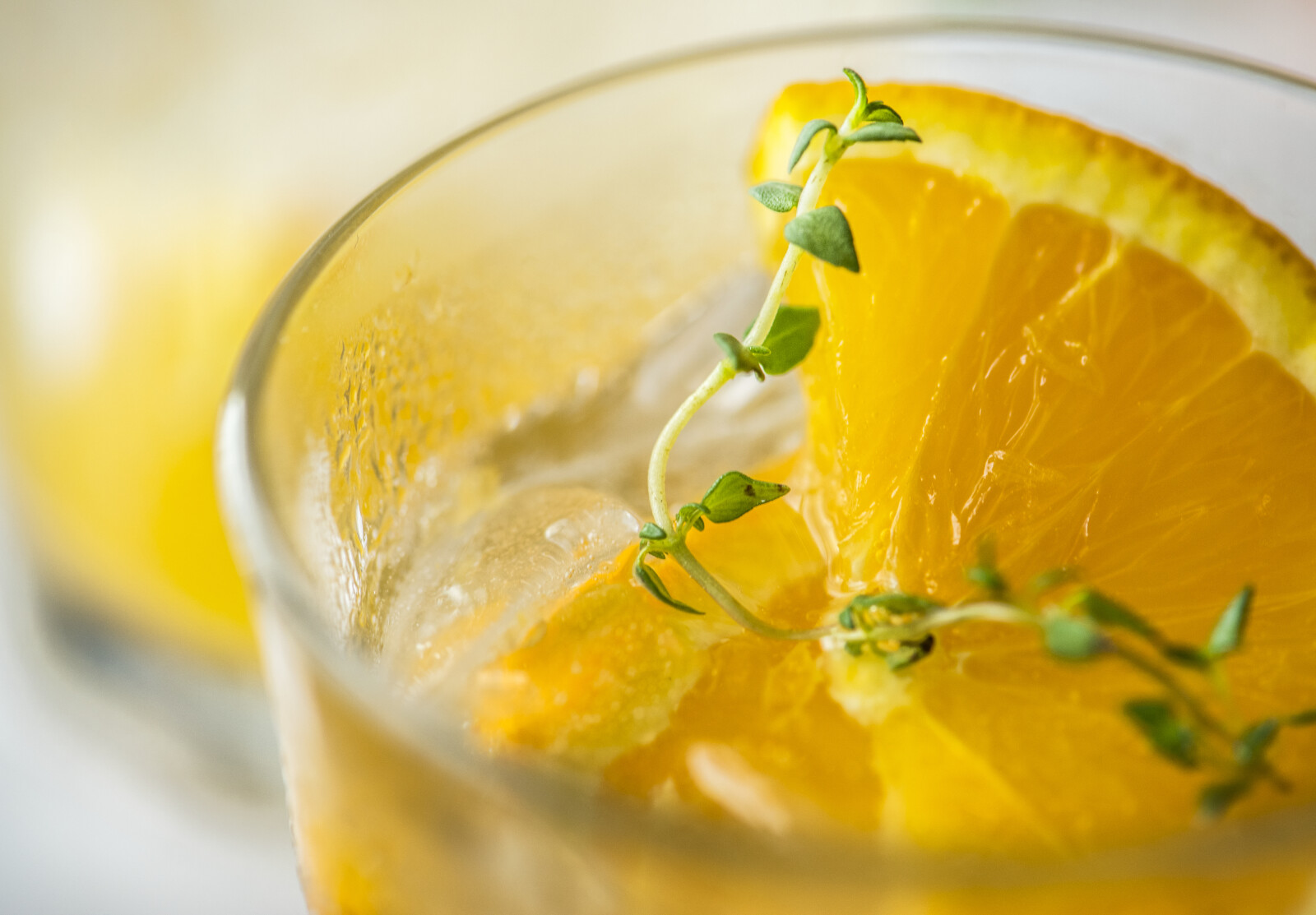 The body is constantly removing toxins from the body without the need for interventions. What supplements can help support this detox process?

Throughout our bodies, our organs are continuously helping remove toxins. Supplements can boost this process by enhancing the metabolic pathways associated with detoxing blood and vital organs.

Toxins are substances that can come from our environment, the foods we eat, or microscopic organisms that get into our bodies. Some toxins are even produced inside of our bodies. Because toxins can damage cells, organs, or entire systems, our bodies have natural defense mechanisms that help rid the body of these harmful substances.

The kidneys and the liver are the primary detoxing organs. Other organs contribute to detox processes, too. The process of the liver altering substances to make them less toxic is known as metabolic detoxification. Our skin, bowels, lungs, and other organs also help with detoxification.

The three phases of detoxification are:

Can supplements help remove toxins from the body?

The body is well-equipped to remove toxins from the body on its own. That’s important to understand, since many supplements and over-the-counter products make dramatic detox claims. Your body doesn’t need these to maintain its process of ridding the body of toxins. However, there are numerous supplements that can support the body’s detoxing organs and systems and boost your body’s normal detox response.

Supplements that help detox the body

Looking to help give your body a boost when it comes to detoxification? Some vitamins, minerals and herbs can help the body in its detoxing activity. While no supplement alone can completely detox the body, the following supplements have been shown to assist with the process.

Free radicals in the body are caused by a variety of factors, from environmental pollution to sun exposure. Free radicals can cause oxidative stress that damages DNA cells and can be a factor in aging. Also known as ascorbic acid, vitamin C is a powerful water-based antioxidant that can help manage oxidative stress. It’s also Important for collagen production and helps keep our levels of vitamin E in proper balance. Women should consume at least 75 mg of vitamin C a day, while men should aim for at least 90 mg.

Vitamin D is produced by the body when the skin is exposed to UV B radiation from the sun. Although it's widely known for promoting bone health, vitamin D is also needed for proper immune functioning, and it supports antioxidant genes. Although the sun is our primary source for producing vitamin D, supplements can be taken with recommended daily allowances between 15-20 mcg, with 100 mcg being the upper dosage limit.

Vitamin E is a fat-based antioxidant that appears in eight different varieties. For supplements, it’s helpful to look for one which contains a mixed tocopherols. Since it can thin the blood, it’s important to consult your physician before beginning any supplement regime. Healthy adults should consume around 15 mg of vitamin E per day.

Magnesium is a micronutrient that plays a key role in the glucuronidation phase of detoxification in the body. In fact, magnesium is needed for over 300 enzymes and metabolic functions in the body. Men should consume between 400-420 mg daily, while women should aim for between 310-320 mg.

Glutathione is made from amino acids like glycine, cysteine, and glutamic acid. It’s a strong antioxidant that can help diminish damage from reactive oxygen species like free radicals and heavy metals. It’s found in high quantities in plants, such as cruciferous vegetables, and citrus fruit, as well as some types of fungi.

L-glutamine can help with the cleansing of ammonia from the body while supporting proper digestive functions which move waste out of the body. L-glutamine is found in many foods, including eggs, dairy and grass-fed beef. It’s also found in plant-based foods such as spirulina, tofu, spinach, and beans. Since it is produced by the body and found in foods, there may not be a need to supplement with L-glutamine. If you are interested in adding more to your daily consumption, talk to your doctor and discuss potential risks and side effects.

Activated charcoal is known for its ability to filter out contaminants. It does this by binding to toxins and absorbing them onto its surface. Another way it can detoxify is through its ability to interrupt potential reabsorption by the body of waste materials. There are many factors that determine charcoal’s ability to detoxify including particle size and the pH of a substance. Activated charcoal is primarily administered for emergency poisonings, although there are some supplements that contain small amounts of the substance.

Probiotics are bacteria that are consumed to introduce additional microorganisms to the gut biome. These microorganisms can support healthy digestion as well as the immune system. They may provide protection against some foreign chemicals that don’t belong in the body and provide support for the intestinal barrier that keeps toxins from entering other parts of the body. There is some evidence that probiotics can help reduce oxidative stress as a biological detox tool when the body is exposed to food chemical contamination.

Milk thistle is a plant that contains silymarin and silibinin, which are polyphenols with powerful antioxidant properties. It promotes liver health and can also support health levels of glutathione, an antioxidant produced by cells.

Turmeric contains high quantities of the nutritional substance curcumin, which has been shown to have antioxidant properties that can protect the body against toxins. One study found that when lab rats were exposed to the toxic element mercury, those rats who were supplemented with curcumin had greater protection.

Dandelion greens may show promise as hepatoprotective agents. One study showed that dandelion leaves were able to help combat the effects of liver damage in a laboratory study with rats. A similar study suggested that the leaf extract from dandelions may have stronger hepatoprotective ability than the root extract. Just be mindful when consuming dandelion greens and roots that they can act as a diuretic.

Because green tea is one of the most unprocessed types of tea, it contains large amounts of polyphenols, which act as antioxidants in the body. A study of 10 men and women found that once enough green tea is consumed, total antioxidant capacity of blood plasma is significantly increased.

Spirulina, which is a type of blue-green algae, is known for its large numbers of vitamins, minerals, proteins, and fatty acids, combined with a low amount of fat and cholesterol. But researchers are starting to focus on the high number of bioactive compounds that Spirulina contains – such as polyphenols – that may have important antioxidant y properties.

Other ways to detox your body

Although some supplements can help support the metabolic functions that provide a detox to our bodies, the most important foundational things you can do to aid this process include:

Remaining hydrated: You should try to drink at least 8 eight ounce glasses of water per day.

Eating a variety of nutrient-dense foods: A balanced diet can be more beneficial than simply seeking out so-called “detoxifying foods” – including plenty of proteins, healthy fats and carbs, fruits, veggies, and fiber.

Getting adequate sleep: It's recommended that the average adult get at least seven hours of sleep each night. This is particularly important as it's the main time for the brain to "wash" away waste products.

Regularly using saunas: People with pre-existing conditions, such as cardiovascular issues, should consult their healthcare provider before using a sauna. For healthy, non-pregnant people, frequent sessions in the warmth of a sauna can reduce oxidative stress and CRP levels. Of course, saunas can also help promote relaxation and stress relief, which can be beneficial for the body’s detoxing processes and aiding in circulation and sleep cycles.

Some lifestyle adjustments can also help, including:

The body has many natural ways to protect itself from the harmful effects of toxins. Although most of these processes happen automatically without any need for intervention, there are some ways to provide additional detox support.

Some vitamins, micronutrients, and food ingredients are high in antioxidants and other detoxification properties. Adding these to your routine can be beneficial to supporting proper detoxification.

Following general healthy lifestyle habits, like drinking adequate quantities of water, eating a healthy diet and getting proper amounts of sleep, can also support the body’s ability to detoxify.

What Is the Form of Best Vitamin C for Absorption? The Science Explained

Does Magnesium Help With Mood Support? What the Research Says

How Long Does It Take for Turmeric to Work, and What Should I Expect?